GM Foods, Irritable Bowel Syndrome and Gluten Sensitivity – What is the relationship?

For years I have been studying the relationship between nutrition, digestive health and overall wellbeing.  I have been fascinated by the increasing numbers of autoimmune conditions in children such as eczema, asthma, allergies, ADD and autism, and the rise of once uncommon conditions in adults such as irritable bowel syndrome, acid reflux (GERD) and Crohn’s disease.   A few years ago I was at a conference where I listened to author of Wheat Belly, Dr. William Davis, lecture about the rise in gluten sensitivity as a cause for these conditions.  The theory was that the rise in gluten sensitivity was a result of the hybridization of wheat, which selected for varieties that had substantially more gluten than the ancestral grains.  This seemed to make sense.  Wheat is not genetically modified, so why else would so many people have reactions to its consumption? Gluten can be an inflammatory component of grains in the wrong gut.  I began recommending patients of all ages begin to avoid wheat.  The results weren’t 100%, but a significant number of patients felt better avoiding wheat.  So, it must be the culprit, right?  Perhaps not.

Recently research has begun to show that exposure of the North American populations to genetically modified (GM) food is a major contributor to gluten sensitivity reactions.  The Institute for Responsible Technology (http://www.responsibletechnology.org/) has recently presented evidence that strongly suggests that consumption of genetically modified foods such as soy and corn may explain the explosion in gluten related illnesses (http://www.responsibletechnology.org/gluten).  Follow this link to access a brief synopsis of the report, the report itself and the press release.

Remember, wheat is not genetically modified.  Genetic modification is the transfer of DNA from one species, such as a bacteria or virus, into that of another, such as corn or soy.  Such modification would not naturally occur in nature because of the species barriers that exist. Soy, corn, cotton, canola, sugar beets and alfalfa are commercial crops that have been genetically modified to be herbicide tolerant.  This trait allows them to be resistant to being heavily sprayed by a weed killer known as Roundup®.   This means that when they arrive at your grocer they have spent a life soaked in an herbicide high in glyphosate that then accumulates in the food. Corn and cotton varieties are also bred to produce an insecticide known as Bi-Toxin which is also a powerful antibiotic.  We know that antibiotics upset the delicate balance of beneficial bacteria in the gut; however, glyphosate and Bi-toxin have also been shown to damage the microvilli in animal studies.  And, based on this research, these GM foods have been shown to cause or exacerbate gluten-related illnesses:

It looks like GM foods damage the gut the same way gluten damages the gut in celiac patients.  So does this mean if we get GM food out of the diet, we can eat all the bread and pasta we want? Maybe for some.  The explanation for the rise in gluten-related disorders is more complex than that.  By removing gluten, GM food and thus glyphosate and Bi-toxin, patients can take an important step towards healing the gut.  Once the gut is healed patients can try to reintroduce wheat and see what happens.

I implore you to find the time to visit The Institute For Responsible Technology (http://www.responsibletechnology.org/) and read the report (http://www.responsibletechnology.org/gluten).  Decide for yourself what is healthy for you and your family.  If you choose to avoid gluten and GM foods, the following links can get you started: http://www.nongmoshoppingguide.com/ and https://itunes.apple.com/us/app/shopnogmo/id646580574?mt=8. 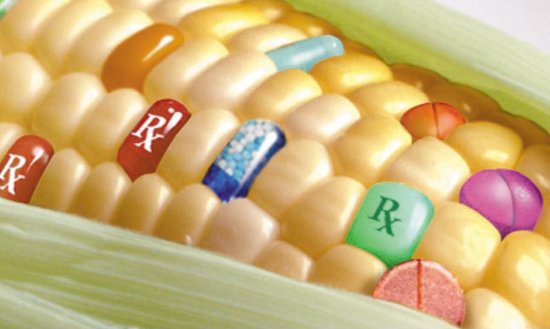